How castles were secured in medieval times 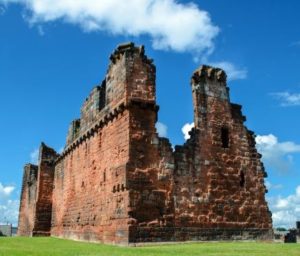 Are you a big fan of The Game of Thrones? The Game of Thrones is perhaps the most talked about TV show in recent times and it captures the brutality of life in the medieval era, when people could be killed or tortured at the drop of a hat.

Those were a harsh time indeed. Have you wondered about the castles of the medieval era and how they were secured? Clearly, people in the medieval era, especially the landed aristocracy of that period, must have spent much of their time worrying about security. It was a matter of life and death for them.

So, how were castles secured in medieval times? Yeah, you remember the scene from The Lord of the Rings – The Two Towers, when Lord Aragorn, Legolas and Gimli help the people of Rohan fight off an entire army of orcs trying to take over the castle. They do everything possible to secure the premises, such as firing arrows, pouring boiling oil from the top, and more to keep the orcs off.

Fortunately, the castle was strong and our heroes were able to somehow hold off the siege from the Orc army, thanks to the strong front gate of the castle and the powerful locking system that held it in place, despite the battering it received from the Orcs.

Castles of those days had several layers of defense. The most important was the front gate. The front gate was the main entrance to the castle, which remained open during peace time, but was closed whenever the castle came under attack.

The front gate was actually a glaring security loophole. It was very difficult for the defenders to hold it in place when the attackers used all sorts of mechanisms such as battering rams to beat it down.

So the architects that designed the castles built a moat around the structure, a drawbridge and a portcullis. Most castles had two portcullises which were meant to trap attackers from both sides, as arrows were fired through the slits in the floor, called as murder holes.

The curtain wall was another mechanism used in those days to ward off attackers. It was a large stone wall built outside the castle, which covered everything behind it. These walls were about 2 meters thick and about 10 feet tall. They were strong, powerful and capable of taking any punishment.

The moats around the castle were important as well. They let off a real stink and filled up with all the waste water that came from the castle; they were disgusting to say the least. Some of the moats even had sharpened stake underneath the water. Imagine the plight of the attacker who fell into them! The moats were constructed around the curtain walls and they kept the attacker off, while giving enough time for the defenders to regroup.

It was during the medieval era that locksmiths really came to the fore. They were taken as serious professionals and put to work to secure the castles and homes of those times. Locksmiths of those days were expert lock makers. All locks were handcrafted by skilled locksmiths. Hiring a good locksmith literally made the difference between life and death for folks back in those days.