Keys – Security in the palm of your hands. 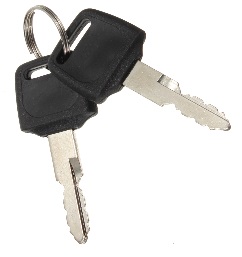 The list of different kinds of keys is endless. This is just a partial list of the most common types of keys:

House keys – The house key is the most noticeable type of key in the world. Made with several grooves (known as teeth) house keys are made to align with the pins within a residential lock. House keys offer a reliable way to open and close the door of a home.

Car keys – Car keys are typically made to fit the doors, ignition and trunk of a vehicle. They are made very similar to that of the common house key and are durable, made to last.

Internal cut keys – Internal cut keys (also known as laser cut keys) do not utilize standard teeth like a traditional house key does. Instead the internal cut key uses a unique groove within what would otherwise look like a regular house key. This type of key is seen on my European vehicles.

Tubular keys – The tubular key (also known as barrel keys) is the preferred key on vending machines and bike locks. To the locksmith this type of key is very difficult to duplicate.

Abloy keys – The abloy key is commonly used on homes in Finland. This type of lock is virtually impossible to pick because of the special disc tumblers within the lock.

Dimple keys – Dimple keys are a type of key that looks a lot like a normal house key except that instead of using teeth the dimple key uses cone-like dimples that match up to pins inside of the lock.

Keycard – Last but certainly not least is the key card. The key card can be found in hotels across the United States. The keycard is also found in business and even some residential applications.

Keys are made in every variety imaginable!

Just as important as locks are the keys constructed for locks because without keys locks would be virtually useless. Made in just about every size and shape imaginable, the key is not only intricate but fascinating to look at. Usually made from hardened alloys alongside the lock the key is also made to stand the test of time and years of abuse.

We hope that you enjoyed this blog post about keys. Be sure to leave a comment and visit our other blog posts about keys or the locksmith industry. Thank you for stopping by today! -Staff