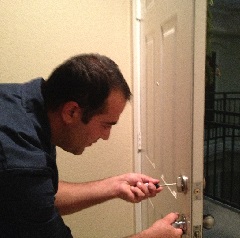 Wherever that you go in the world and no matter which time in history that you speak of there has always existed locksmithing. From the ancient locks of Chinese history, Roman times, to the high-tech locks of today, locksmithing has always been a trade wrapped in mystery and awe.

With intricate lock designs and small moving internal parts much like that of some of the finest watch makers, locksmithing can take years to become a master.

Locks come in a seemingly unlimited array of styles, uses and levels of security. With nearly endless possibilities the San Diego locksmith of today has to fill many roles. He has to be the technician, the student and the service provider. To many people the locksmith is their knight in shining armor when they have locked their keys in their car on a rainy night after a long day at the office.

San Diego locksmith is to your rescue, a trade sometimes forgotten until you need an emergency locksmith. 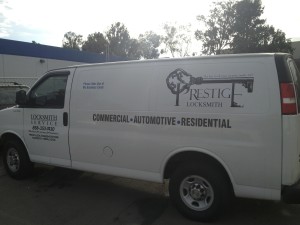 It was beautiful early morning here in San Diego. The sun was just beginning to rise, the birds were chirping and the sounds of garbage trucks could be heard bustling down the alleyways when my phone rings as I am taking my first sip of my morning coffee. On the other line was a lady frantically inquiring about my locksmith services in San Diego. She was in dire straights because late in the night someone crashed their truck into her 2008 Jaguar. The drivers door was crushed and could not be opened. On the other-side of the car the passenger door was pushed against a telephone pole. The lady had good reason to be frantic because she was a pediatrician with an emergency at the hospital.

I understood the severity of the situation and was on scene in under 10 minutes because her home was luckily minutes away. In just another 5 minutes I had the door opened and was able gently pull the car away from the telephone pole. Later the doctor called me to tell me how grateful that she was because if it wasn’t for my quick response she may have lost two patients, a newborn and mother to-be. 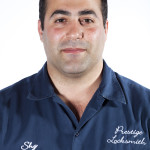 It is stories like this that make my job as a San Diego locksmith all worth it. There is no greater of a feeling than to be able to make a difference in the peoples lives that live here in San Diego because that is what life is all about, helping to make peoples lives better!

For more locksmith stories and other fun articles about the locksmith industry be sure to visit my locksmith blog. Thanks for reading today!