How To Replace Your Toyota Truck’s Ignition 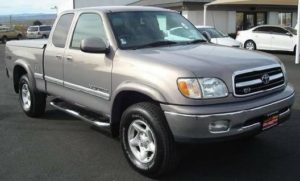 Just like any of us, cars seem to get sick from time to time. Therefore, they need to be frequently checked and taken care of to keep them in perfect working conditions as much as possible. Maintaining your car in good shape and state without considering whether it is a regular passenger car, a sports utility car, truck or a van- may demand that you change some parts, more so if your vehicle is an older model. Car components deteriorate over time, and thus you need to upgrade them or just replace them with better quality auto parts. Today we will look at how you change the ignition in a Toyota truck.

If you have a Toyota truck that has a faulty ignition, here is how you can successfully replace the ignition. There are two basic parts in Toyota vehicles ignitions system. These are the real ignition and the lock piston. Both of these work with the ignition key. With current Toyota models especially the Tundra and the Sequoia, dismantling the whole steering panel might not be necessary to get to the switch and cylinder. However, the procedure varies from one Toyota truck to another.

To replace the ignition, you will require a wrench, lock cylinder with the key, a screwdriver, and an ignition switch. Let’s get started

Disconnect the truck’s battery’s negative terminal cable by undoing the clamp nut and detaching the cable from the battery post. Make sure that the cable is set aside in a manner that it cannot accidentally touch the battery.

Take out the under-dash plate on the left side by unscrewing the four holding screws and pulling it off. Remove the hood release cable by lifting the lever, undoing the screws and flaking the switch from the lock cylinder covering.

Remove the air duct beneath the steering column to get to the ignition switch. Disconnect the electrical connectors at the back of the switch, undo the screws and unplug the switch from the lock cylinder covering.

Embed the spare lock cylinder together with its key into the ignition switch housing. Ensure that you insert in a manner the cylinder is correctly set in the accessory position. Change the illumination ring plus its pin.

Mount the new ignition switch on the casing together with its holding screws and connect the electrical connectors. Reinstall the rest of the part; the under-dash panel, the air duct, and the battery cable in the opposite order of removal.

Now that’s all installed. Start her up! Get out your transponder key and start the truck. Runs now no problem. Yes!